Arita : The birthplace of Japanese porcelain

Japanese ceramics are famous all over the world, but do you know theirorigins? The charming city of Arita is located in Saga prefecture, in the north western part of Kyūshūisland. This is where this fascinating craft was born, a history that would influence the entire globe.

The monopoly of ceramic production was in China in the early 17thcentury. Although Japanese ceramics made out of clay were being crafted as early as in the Jōmon period (14,000 – 300 BC), they weren’t yet true porcelain. Kaolin (also called china clay), a stone needed for porcelain production, was discovered in the area around Izumiyama by Korean born Kanagae Sanbē who was deported to Arita. After a lot of trial and error, he succeeded in creating white porcelain, by using an oven at over 1,200 degrees. Thus began the story of Japanese porcelain. The potters of Arita needed many years to master this new technique and to create astonishing objects made out of porcelain. 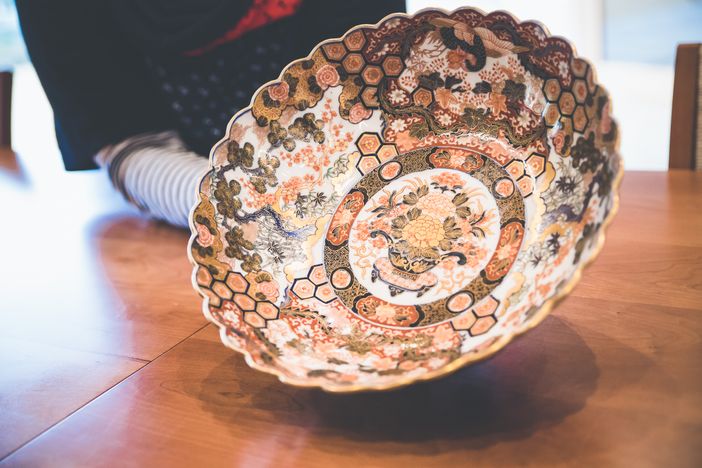 Shortly after this discovery, the Ming dynasty in China collapsed and the new Qing dynasty was established, thus ending the trade with the Western world. European aristocrats, who had a special interest in the art of ceramics, began to look for new production sites. The craftsmen of Arita , who were inspired by Chinese creations and mastered their own unique style ,gained a yet unknown attention.. Even when Japan followed a strict isolation policy (1641 – 1853), porcelain was exported to the world via the ports of the Hizen region (Prefectures of Saga and Nagasaki). The Dutch East India Company (VOC), which had a base in Dejima, and the port of Imari in Saga prefecture contributed to the export, which is why the porcelain products were also called “old Imari” ceramics. 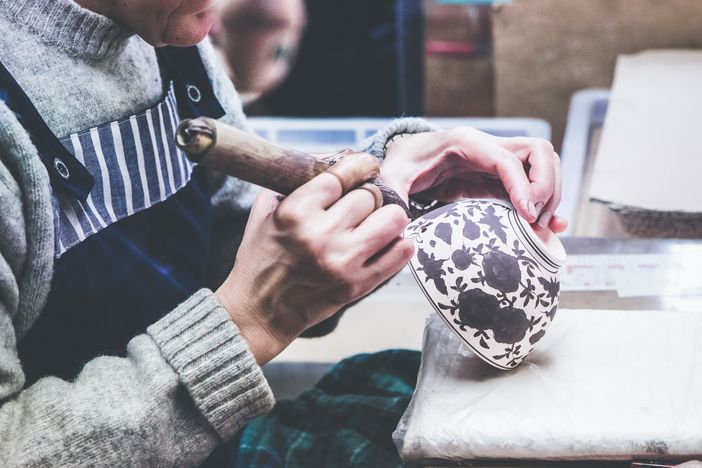 Arita ceramics were welcomed with open arms by the noble houses of Europe. Through the years, the style of the craftsmanship actually changed, in order to stay unique. The products were so popular, that they inspired European, and even Chinese ceramic artists. The first European imitation was created in 1708 in the German city of Meißen, followed by Sèvres, Chantilly and Saint-Cloud in France, as well as Great Britain and Austria. By the end of the 18thcentury, pretty much every pottery in Great Britain came in touch with Arita’s products. Even today, you can marvel at Arita ceramic in big museums and even some castles in Europe. 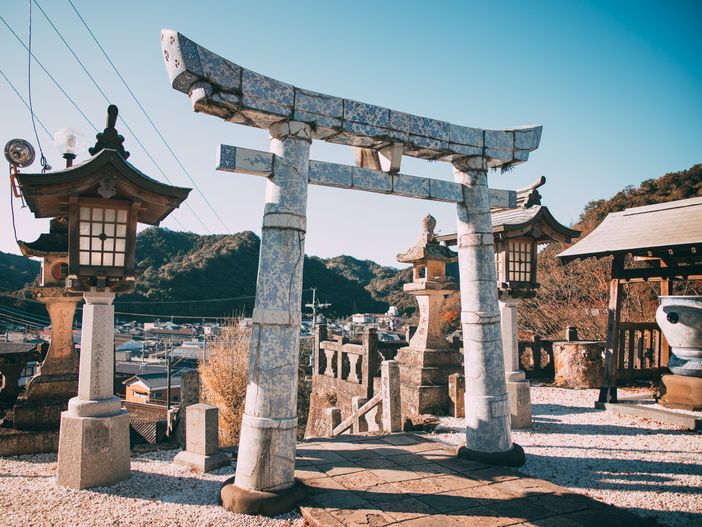 The ceramic torii gate of the Touzan Shrine. © Alice Duporge

The art of porcelain came to such popularity, because most of Arita’s products during the “golden age” were madeto be exported. Some of those were even garnished with noble metals, a fascinating fusion of Japanese pottery and European goldsmithery. Nowadays, Japanese collectors look for Arita ceramics all over the world, to revive this precious heritage. Some of these private collections, for example the collection of a Shibata couple exceeding 10,000 exhibits, can be visited in the Kyushu Ceramic Museum and in the restaurant Yasuna.

Arita, the beautiful, picturesque city. From Tōzan Shrine, where there is a monument honoring Kanagae Sanbē, you can overlook the entire city. This shrine is peerless throughout  Japan, not only because of the traditional toriimade out of porcelain (instead of the usual wood or stone), the gods of ceramics are enshrined here too. The old quarry of Izumiyama is under protection and used very seldom. You can still see the old mines, although they aren’t as enormous as they used to be during the Edo period. 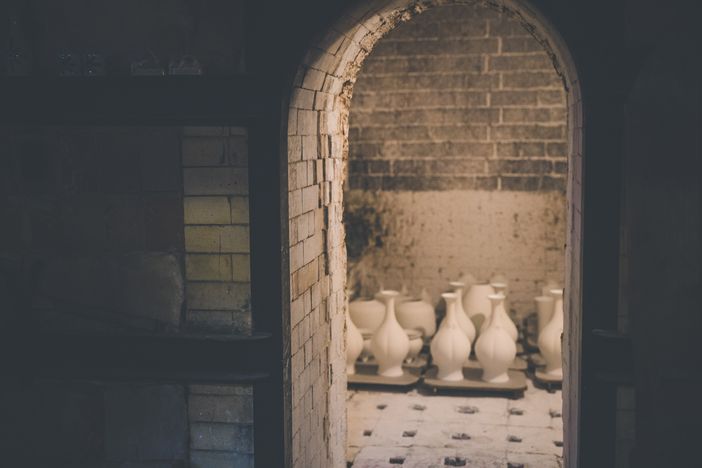 The porcelain is fired  in a kiln fueled by red pine woods. © Alice Duporge

The most famous among Arita’s master potters  is Sakaida Kakiemon, who was the first person in Japan to succeed in painting enamel over porcelain  called “Akae porcelain” (colored porcelain),.The human national treasure, Sakaida Kakiemon of the 15thgeneration, created astounding works in shining colors and retained the honor of his family. Each pottery manufactures their ceramics using traditional methods and has its own area of expertise: the construction of the form, the drawing of the lines, the painting of the patterns… For the oven they put more wood on the fire at least three times. This procedure is done very carefully and by hand, hence it is easy to understand why these ceramics are so valuable. 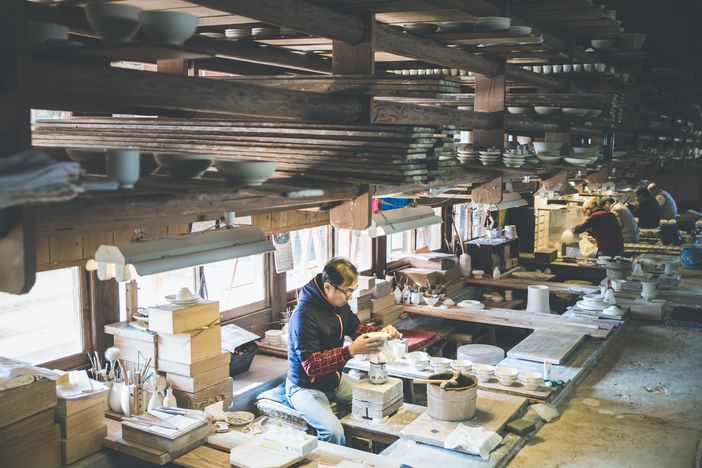 Another legend is Imaizumi Imaemon of the 14thgeneration, who fascinates us with varying styles. He used very soft colors and paid great attention to the parts invisible to the human eye. Imaemon also worked together with the famous French crystal glass manufacturer “Baccarat” and through the combination of his delicate art and Baccarat glass, created coasters and bottle caps. While his porcelain lies deeply rooted in tradition, he still produced something fitting to the present time.

From collector’s items to everyday cooking products, Arita ceramics offer something for every taste and budget. But the city of Arita isn’t all about its reputation as ahistoric pottery town; visitors will be rewarded with a unique experience. There, you can not only watch the many craftsmen at work in their potteries, you can also try making ceramic art with your own hands. We hope that this intriguing knowledge of Arita potters passed down from generation to generation will be around for a very long time.

The name says it all. Between countless porcelain products stacked upon each other, you can search for your own personal treasure. Price from 5,500 Yen upwards.

“Gallery Arita”
In this restaurant you can enjoy your meal while being surrounded by 2,000 teacups. When you order a hot drink, you can even pick your favorite cup! On the menu are dishes and sweets made from regional ingredients. .

This is perfect as a souvenir:

“Hakuji Saika”
Hakuji-saika is cookie with the pattern particular to Arita and Imari Ware printed on!The leaflet enclosed with the cookie tells you the historical background or the tales behind the design.It was designed with the intention of giving a deeper sense on the fascination of ceramics to even more people.