Saga prefecture is one of Japan’s secret treasures. Mostly famous for chinaware and ceramics, Saga offers breathtaking nature and relaxing hot springs. Not only its superb shorelines make it a unique place: visitors will be rewarded with a multifaceted history and culture. However, the prefecture also has something very special in store for hiking lovers. 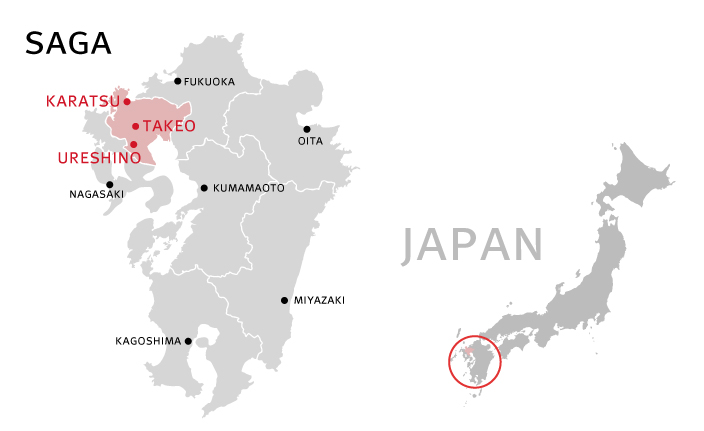 What is Kyushu OLLE?

The word “Olle” originates in Korean Jeju dialect, which is common on Jejudo Island, about 450 km south of Seoul. It means “small path leading from the street to the house” and describes a way of hiking that also has its origins on Jejudo. A network of big and small hiking trails with varying difficulties, mainly alongside the coast, leads hikers through green forests and dreamy villages they can discover at their own pace.

Kyushu OLLE is basically the little sister of the pretty popular Korean “Jeju OLLE” concept. The most southern Japanese main island Kyūshū impresses visitors with colorful scenery during all four seasons and a special charm that big cities occasionally lack. Scattered across the whole island, Kyushu OLLE trails have excellent signposts in common. On the way hikers will come across the characteristic arrows, signs and ribbons, colored red and blue – blue marks the way forward, red backward. Furthermore, at the wayside so-called “Kanse” await (wooden figures based on the famous Jeju pony), whose heads show hikers the right direction and lead to the attractions.

Kyushu OLLE is a hidden gem for a hiking lovers and promises an unforgettable experience for both young and older visitors! Three of the twenty one official Kyushu OLLE trails are in Kyūshū’s north-western prefecture Saga, which are suited to both beginners and experienced hikers and call to all five senses.

Traces of the past: the Karatsu course

The Karatsu course is a comfortable way of getting started in the world of Saga’s OLLE trails, since it leads to picturesque shores and historic sites. The course of about 11 km starts at the high north of the city of Karatsu, close to the ruins of Nagoya Castle, where you will be confronted with Saga’s military past. The famous general Toyotomi Hideyoshi established the castle at the end of the 16thcentury as part of his plans for the invasion of Korea. While you stroll on the old paths of the Samurai, you can enjoy a nice cup of green tea at the tea house “Kaigetsu” and almost forget that this has been a setting of war. The highlight of the Karatsu course is a fantastic panoramic view of the Genkai Sea and the islands of Tsushima and Iki. 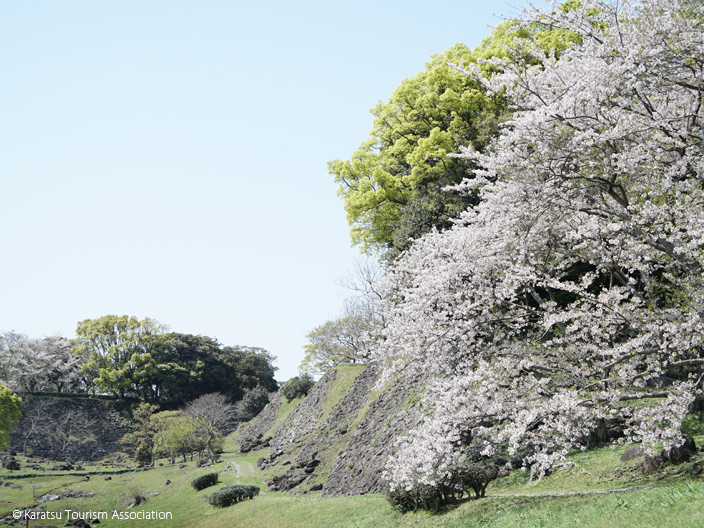 The second part of the course, just like its Korean role model, is deeply striking due to its untouched, rugged forests and landscapes while being embraced by a fresh sea breeze. Once you reachthe finish line at cape Hado, the upmost northern tip of Saga, local delicacies like grilled turban shell and dried cuttlefish await as a well-deserved treat after this four to five hour-long trip. 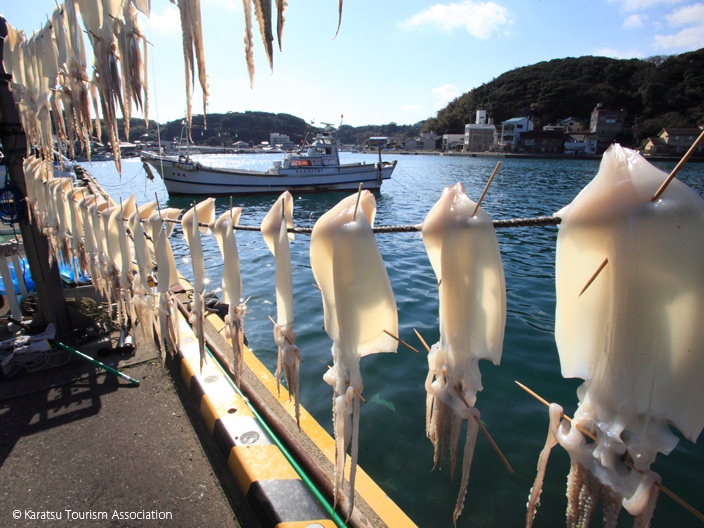 Spring of tranquility: the Takeo course

The city of Takeo in western Saga may be quite hidden, but is rich in astounding attractions. The 14 km long Takeo course starts and ends at the more than  1,300 year old Takeo Onsen, famous for its historic old town and hot springs, whose water is said to have healing powers. Along the way, the path divides into two trails A and B, with the former is mainly appealing to experienced hikers. You will come across the Kimyōji Temple surrounded by bamboo forests and jizōstatues. Further along the way lies Ikenouchi Lake which offers incredible photo opportunities, especially during cherry blossom season. 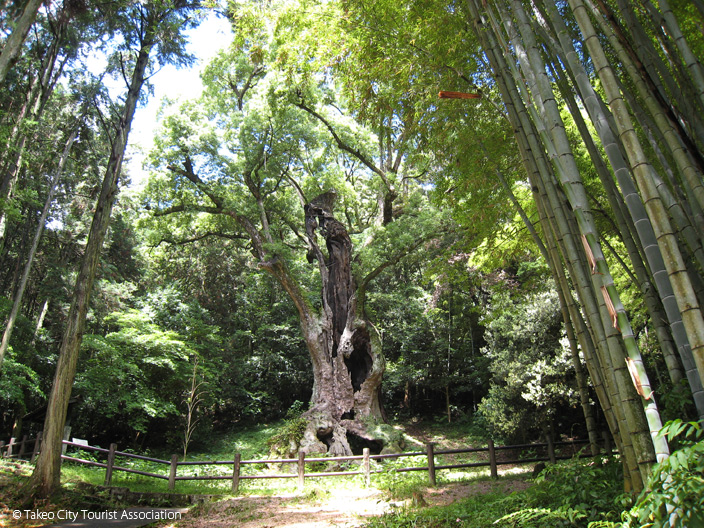 If you choose trail A, you will be greeted by an unhindered panoramic view of the city and the surrounding mountains on the hill promenade. At the peak of the hike the famous and mighty camphor trees of the region appear, two of them being even more than 3,000 years old! This place has an overwhelming spiritual presence, where an ancient deity is said to have descended to Earth. Specialties like the popular Saga beef sukiyaki bento or a hot cup of lemongrass tea provide sustenance. The hike ends in front of the formidable Takeo Onsen gate, where you can finally rest at the bath house. 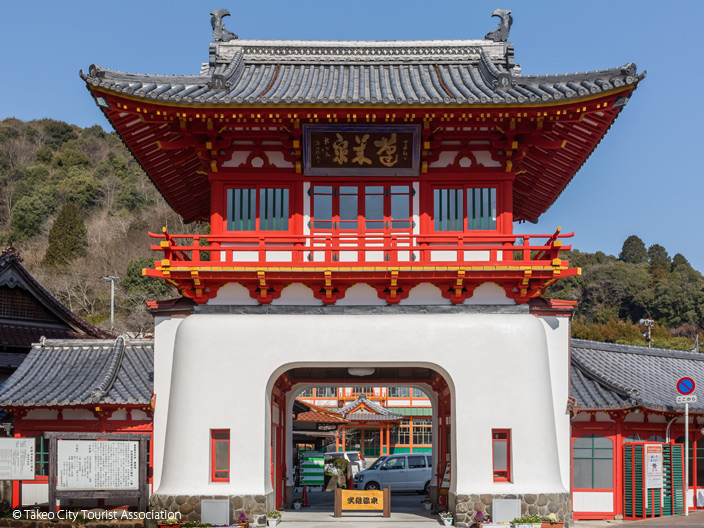 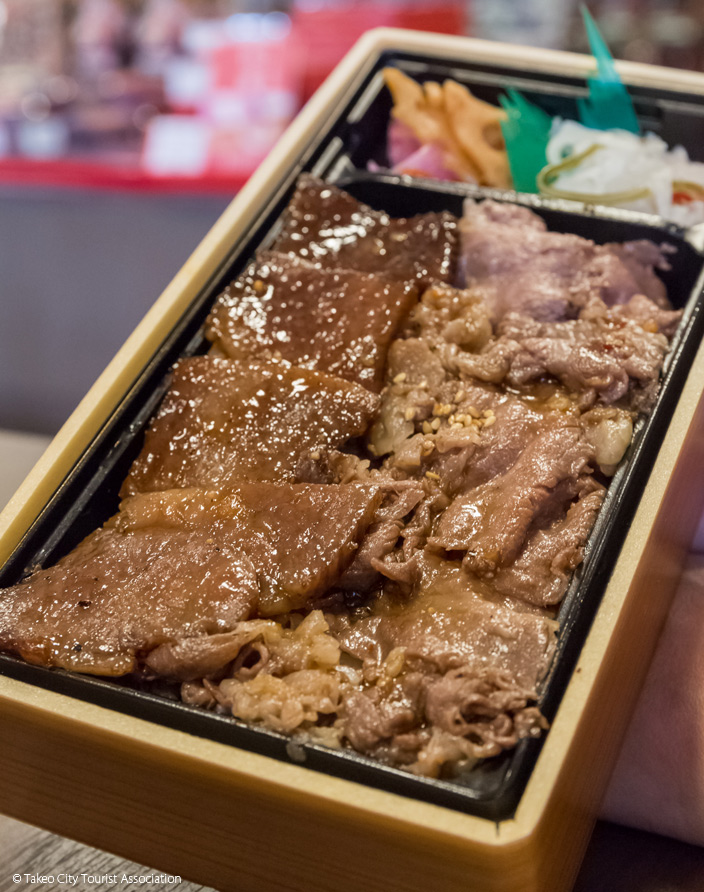 Ureshino is one of Saga’s most famous attractions and renowned across the whole country mostly for its lush tea plantations and soothing thermal bath houses. Supposedly, Ureshino gained its name when the Japanese Empress Jingu exclaimed during 3rdcentury how delighted (ureshii) she was that her soldiers came back healed and refreshed after taking a bath in the town’s hot springs. 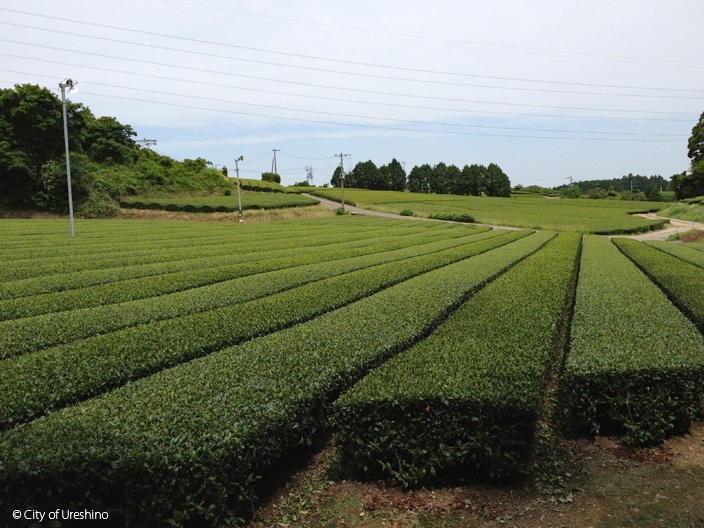 The Ureshino course starts near the Hizen Yoshidayaki pottery, which maintains the century-old Yoshida ceramics tradition to perfection still today. Once you leave the ceramic district, spacious fields of tea extend in front of you like a deep-green ocean. After three of the 12.5 km long course you will be greeted by thirteen statues of Buddha, while you are accompanied by the pleasant fragrance of tea leaves, until you reach the “22ndCentury Asian Forest”. The various Asian tree types growing there honor the friendship between Japan and all countries of Asia. Hiking along the Ureshino River to the end of the course, you finally reach “Siebold-no-Yu”, a public bath house named after the famous German doctor Philipp Franz von Siebold, who visited Ureshino’s hot springs in the middle of the 19thcentury. Treat yourself with the delicious specialty onsen yudōfu (spring water boiled tōfu hot pot) or spend the night in one of the many traditional lodgings! 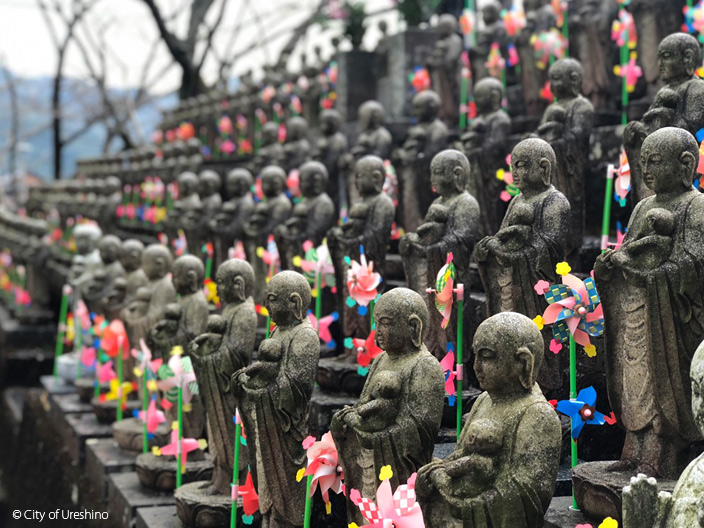 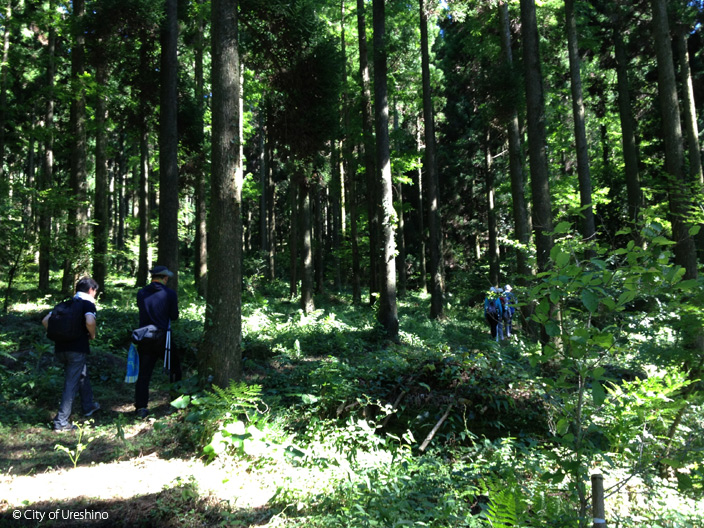