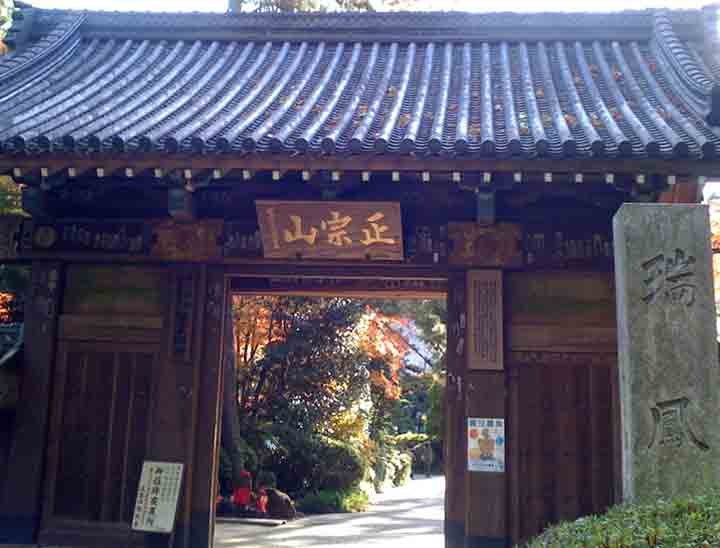 Zuiganji temple, built in 828CE is one of the most famous and prominent Zen temples in the Tohoku region. Originally, it served as Tendai Buddhist temple; one of the earliest forms of Buddhism to arrive in Japan and begin to take roots in the culture. However, during the Kamakura Period (1192-1333) it was converted to a Zen Temple, which it has remained as until now. The construction of the present buildings was completed between 1604 and 1609 by the feudal lord Date Masamune (first lord of the Sendai Domain) after it had suffered some decline in the intervening years. The site has been declared as a national treasure and is a highly valued representation of the classic Japanese architectural style of that period.

Surrounded by a forest of cedar trees and with several nearby caves where monks once went to meditate, it is easy to see why this was the ideal setting for a temple as it gives the whole area a spiritual feel. The temple itself is known for its sliding doors, which are beautifully painted and gilded. Nearby is the Zuiganji Art Museum, which holds many of the treasures, statues and artefacts that have been associated with temple.

*Please note, the main hall is currently being renovated and will not be completed until 2018. The outside is therefore covered in scaffolding, however visitors can now enter the hall.