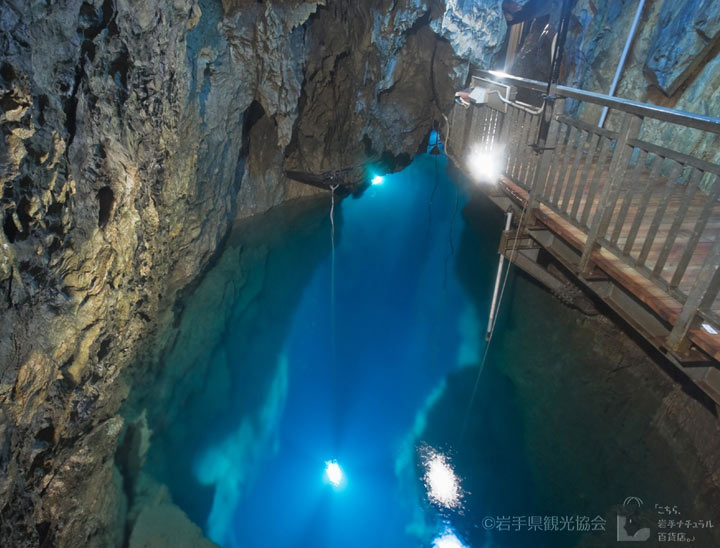 Ryusendo is one of the three great Japanese limestone caves as well as a natural landmark. It is located in the mountains of Iwaizumi town in Iwate prefecture, in the north east of Japan in the Tohoku region. The cave has seen many large explorations and it is believed to stretch over 5000 metres into the mountainside, with 3500 having been charted. Roughly 700 metres of this cave is open to the public and while a little tricky to explore, it is well developed and easy to navigate with not that many constrictions on space. Inside the cave, you can view several underground lakes; the smallest one has a depth of of 35 meters and the deepest one measuring 98 meters. The lakes are lit up with underwater lighting to give them an eerie blue glow, making for quite the beautiful sight. Throughout the cave, there are platforms from which you can look down at the rest of the cavern from above. Additionally, the cave is home to several varieties of bats, some of which are protected species which can sometimes be seen on a visit to these caves. Ryosendo is an easy day trip from Morioka, for those exploring the northern area of Japan and may be a nice compliment to someone heading up that way for the Tohoku festivals.
*The was cave re-opened to the public on March 19, 2017.