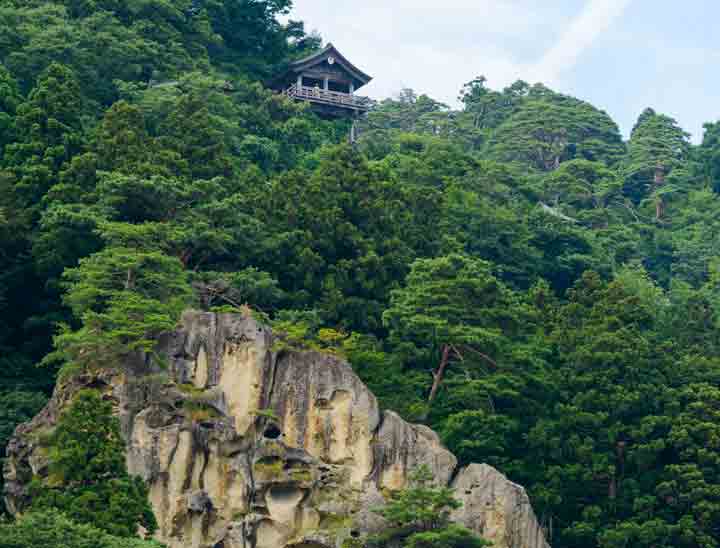 Risshakuji Temple also known as ‘Yamadera’ (literary mountain temple) is located on the edge of a cliff wall in the city of Yamagata. It was founded in 860 to oversee the operations of the Tendai sect of Buddhism in the Tohoku area.

There are 1,000 stone steps leading up to the summit and it is believed that worldly desires will extinguish once you have reached the top. En route to the very top there are approximately 30 different small-sized temples along the way. The hike up the top is very atmospheric, with stone lanterns and small statues along the way. From the top, the views of the valley and of the temples are fantastic. A thousand steps is a lot, so this is not the easiest climb but those that make it to the top are certainly rewarded for their efforts with the magnificent views from the Godaigo platform across the northern countryside. The Yamadera is an easy place to get to from either Yamagata City or Sendai, and is about a two and a half hour trip from Tokyo.