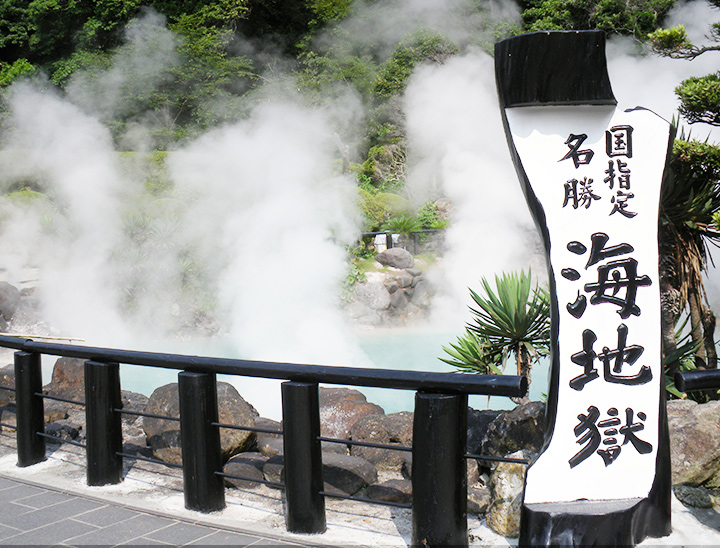 Beppu is one of the oldest and most famous hot spring towns in Japan located in the Oita region. The town is situated between the mountains and Beppu Bay which produces more hot spring water than anywhere else in Japan. The Beppu hot springs consist of eight areas including Beppu, Myoban, Kannawa, Kankaiji and Hamawaki which are collectively called "Beppu Hatto". Part of the attraction of Beppu is that with all these different areas there is a variety of different bath types that can be enjoyed. Beppu has standard hot water baths, steam baths using hot spring steam, sand baths where visitors are buried in naturally heated sand and mud baths, which are as their name suggests hot spring baths with mud. The hot springs in Beppu range from the hyper-modern and luxurious, (notably Tanayu, which also has a clothed Aqua Park) to the more traditional like Hoyo Land, which offers very little in the way of modern conveniences but has mud baths and a large outdoor pool. Takegawara is another popular choice with a very traditional feel and its own sand baths. A popular choice for western tourists is Hyotan, which has no issues with tattooed guests and a wide selection of baths.

Finally, Beppu is well known for its steam cooking. Steam billows out of the ground in areas all around Beppu, and over the centuries people have resourcefully made use of this for cooking food! It is usually very healthy and gives the food an interesting flavour. At the Jigokumushi Kobo Steam Cooking Centre, guests can bring and cook their own food, or purchase some to cook at a reasonable price. Many of the hot springs and other restaurants also serve steam cooked food, with eggs being fairly commonly available.
Beppu makes for a great stop if you are headed to Kyushu. It is an ideal location for people wanting some feature-heavy hot springs, and has surprisingly good food and nightlife.

‘The Hell Tour’
There is a path in the Kannawa area which is a sightseeing highlight of Beppu. A ‘hell’ is a metaphorical term for a hot spring that is too hot to get into as the temperatures reach 100°C. There are three major hot springs here: Umi jigoku (sea hell), Chino ike jigoku (blood pond hell) and Tatsumaki jigoku (tornado hell). While quite touristy, these Hells can be interesting to look at and make for a pleasant afternoon, as they can all be seen on bus and on foot in two or three hours. 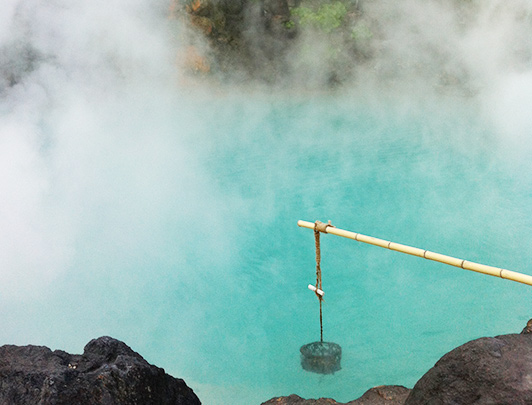 The ‘sea hell’ features a pond of hot, cobalt blue water. It is one of the most beautiful ‘hells’. 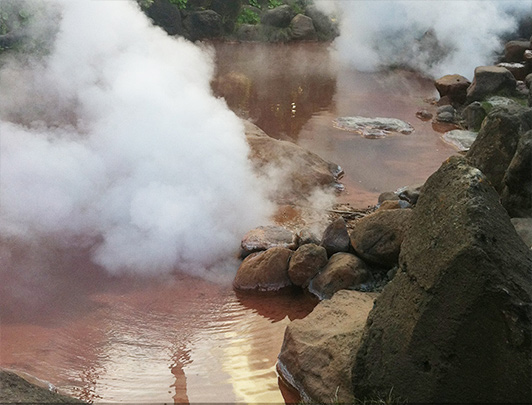 The ‘blood pond hell’ containing red melted clay gushes out red hot water. It is the most photogenic hell out of the nine hells. 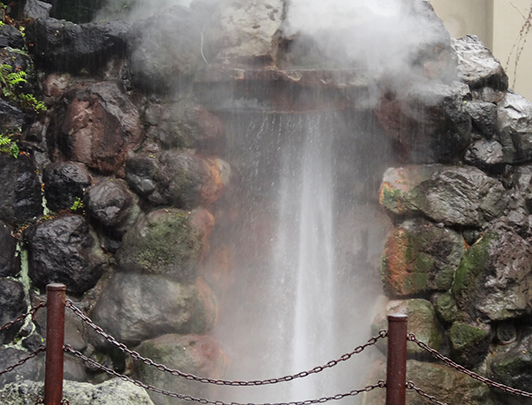 The ‘spout hell’ features a boiling hot geyser which erupts every 25-30 minutes for about five minutes.

This hell is named after mud bubbles which emerge from boiling mud pools and look like shaven heads of monks. 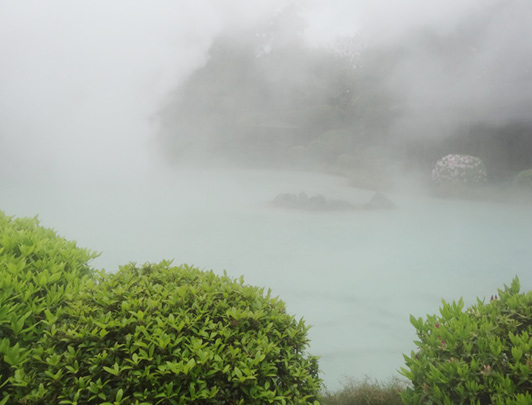 According to its name, the ‘white pond hell’ features a pond of milky white water. 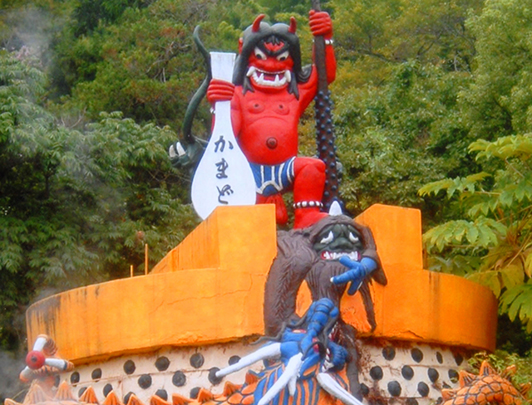 The ‘cooking pot hell’ features 6 unique boiling ponds and lights up in red as though demons emerge on the surface. 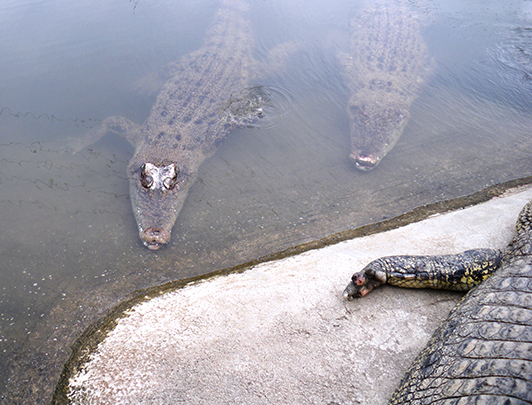 Also known as ‘a crocodile hell’ as around 70 crocodiles live here. 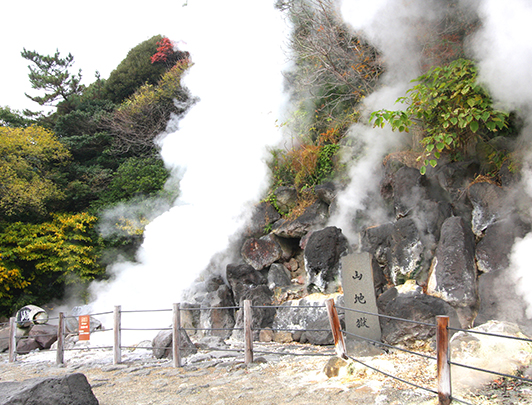