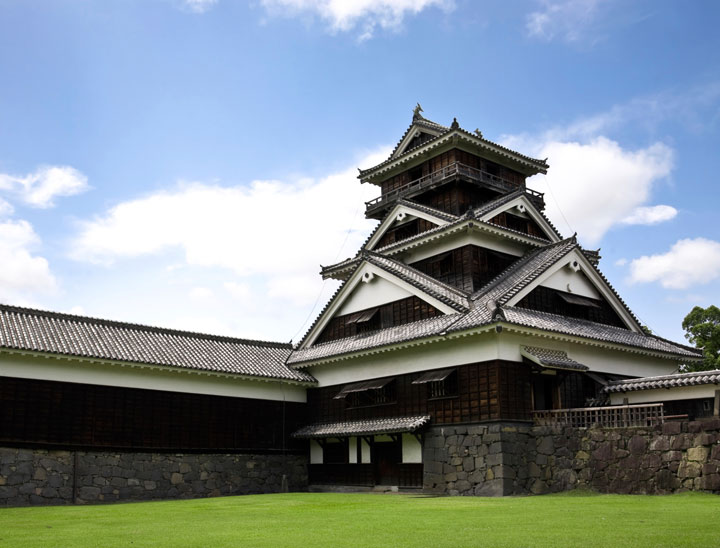 Feudal lord Kiyomasa Kato began the construction of the castle in 1601 and the works took seven years to complete. The gently sloped stone walls, known as ‘musha-gaeshi’, were designed to repel even the most agile of warriors. In the event of an attack, rocks were hurled at attackers to deter them from further advancement.

The Tenshukaku (central) tower in its current form was reconstructed in 1960.
The castle area is one of the best viewing spots for cherry blossom in Kumamoto with over 600 cherry trees of three different varieties. The park is open to the public at night while the cherry flowers are in full bloom from late March to early April. 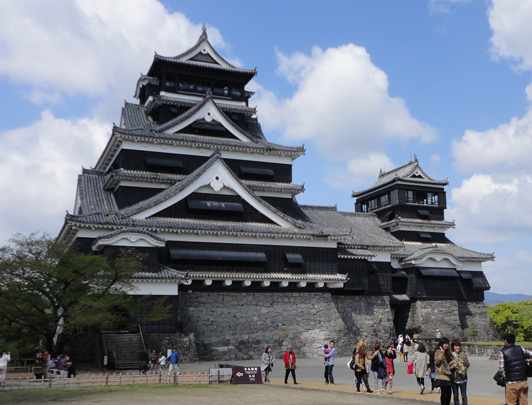