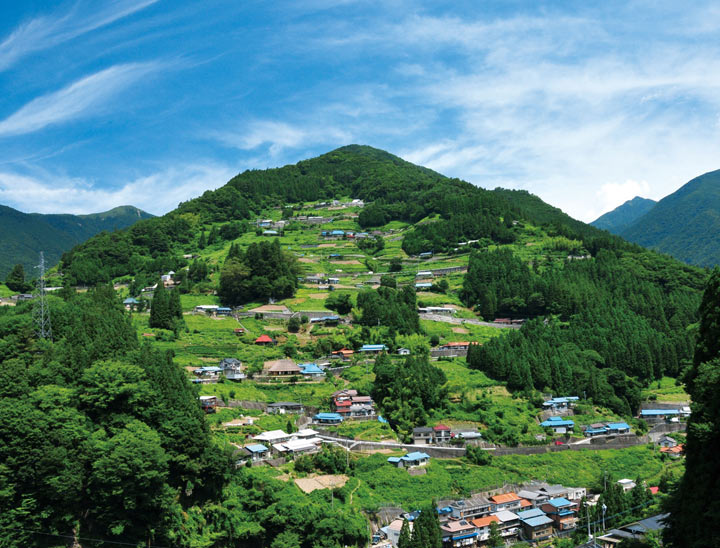 Iya is a remote, mountainous valley located in the western part of Tokushima, in Miyoshi city. This area is famous for its suspension bridge made of mountain vines hanging over the Iya River (Iya no Kazura-Bashi) and the legend of Heike clans. The Gempai War (1180-1185) that broke out during the Heian Period was fought all over Japan and the people of Iya have grown up hearing the legend of the defeated Heike warriors in Gempei War since they were little.

On top of its natural beauty, the Iya area offers several onsen ryokans which make for a truly unique Tokushima experience. 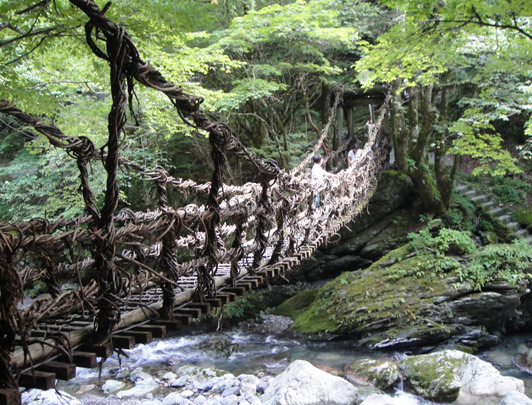 Legend has it that the vine bridge was originally the work of the legendary defeated Heike warriors who would have built the bridges while fleeing from their hideouts in the Iya area. The idea was that the bridges could be easily cut down turning the valley into a naturally impassible barrier to their pursuers. It certainly is a thrilling experience to walk over this 45 metre long and 2 metre wide Vine Bridge hanging 14 meters above the water! The lya Kazurabashi is now a designated cultural asset and is rebuilt every three years.