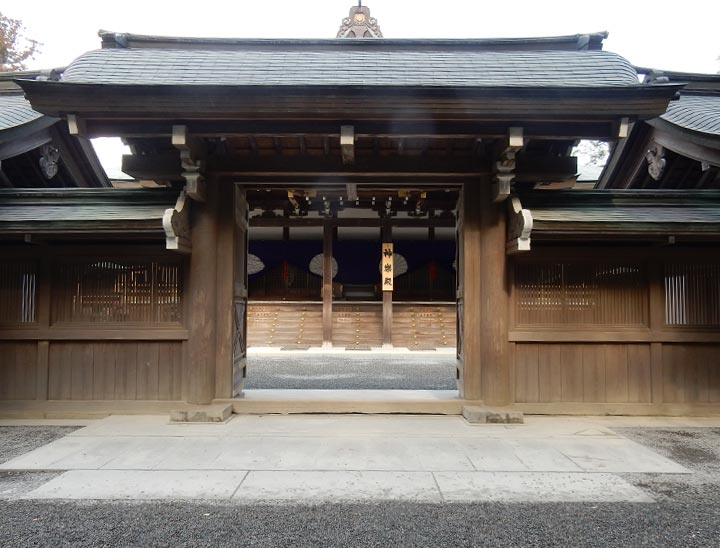 Ise Jingu (officially called simply ‘Jingu’ Shrine’) complex made up of 125 shrines although two of them are by far the most important: Naiku and Geku, or the inner and outer shrines. The inner shrine (Naiku) is dedicated to the sun goddess, Amaterasu-Omikami, the ancestral deity of the Imperial family and also the guardian deity of the nation. Amaterasu is a part of Japan’s Shinto religion and she is the most venerated of all Japan’s deities. Interestingly, as the shrine is believed to pre-date Buddhism, the architecture of the shrine is very unusual as it shows very little in the way of influence from the Asian mainland when many other shrines in Japan show influence from China especially because of the spread of Buddhism. This shrine is thought to date back 2000 years.

The outer shrine (Geku), is dedicated to Toyouke-no-Omikami. This deity provides sacred food to Amaterasu and is the guardian of clothes, food and housing. This shrine was built approximately five hundred years after the inner shrine, but has a similar architectural style to the inner shrine, again without much outside influence. It is located roughly four kilometres away from the inner shrine and not as the name suggests, directly outside it. At the outer shrine, there is a new museum the ‘Sengukan Museum’. Only opened in 2012, it explains the fascinating process of renewal that this shrine and the inner shrine undertake every twenty years. Every twenty years, the complexes of both of these shrines are completely rebuilt, and the treasures are then installed in these newly constructed buildings. It takes roughly eight years to complete this ritual, known as ‘Shikinen Sengu’that is performed according to an old Shinto tradition. Since 2013, the shrines are in their 62nd iteration having begun in 690CE and the shrines are not due to be renewed again until 2033. This process has a fascinating history, and requires knowledge of the craft to be passed down between generations of builders, adding to the mystique and intrigue of the whole structure.

Among the thousands of Shinto shrines in Japan, Ise Jingu is the most sacred. Traditionally, the custom the dates back to ancient times is to visit the outer shrine first then on to the inner Shrine. To have the full impact of these two important sites, one should see both. For those interested in Japanese culture, history or religion, this is a must-see location in Japan. Those with a particular interest might also want to visit the second most important and the rival shrine to Ise, the Izumo shrine in Shimane on the other coast. 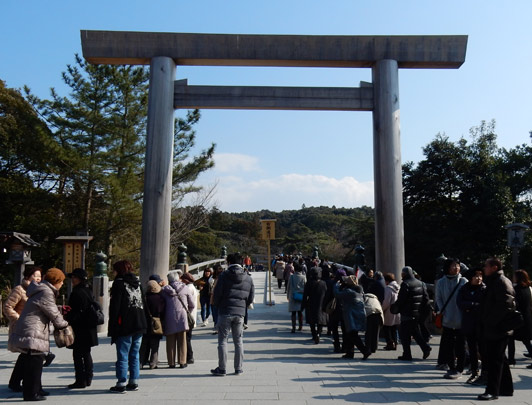