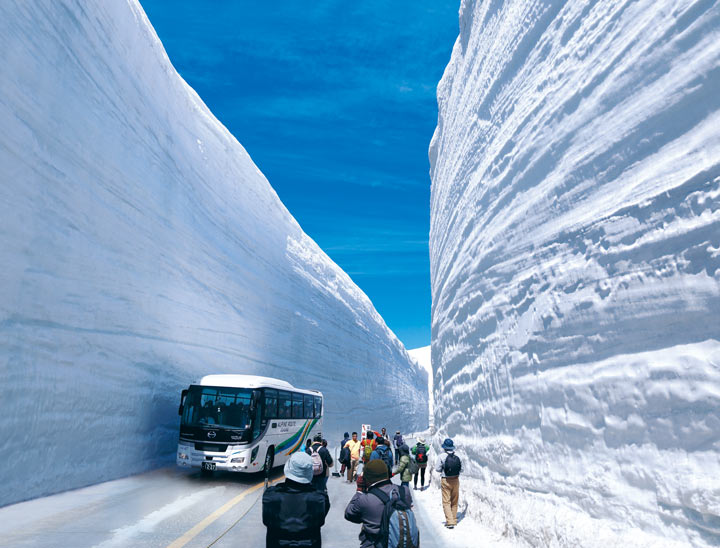 "The Tateyama Kurobe Alpine Route is a famous mountain sightseeing route between Tateyama in Toyama and Omachi in Nagano. For those wanting to see the Japanese alps, this is one of the best routes you can take, allowing for spectacular views of the Tateyama Kurobe Mountain Range. Increasingly the Japanese Alps are becoming a hotspot for foreign tourists and this is one of the most exciting and spectacular ways to view them.

Along the way, you are likely to use various types of transport, including the Tateyama Cable Car, the Tateyama Highland Bus, the Tateyama Tunnel Trolley Bus, and the Tateyama Ropeway to take in the magnificent mountain views. At the highest point along the route, there are hiking trails that can be enjoyed by very experienced hikers and those looking for a more leisurely journey alike. Either way, visitors will be treated to panoramic views of the surrounding mountains as well as the Kurobe dam, which can make for a rather special sight when it releases huge amounts of water between late June and October. One of the other main attractions of the routes, besides the mountain scenery, are the huge snow walls that form during parts of the year, as you can surely see in the photos at the top of this page.

While it is possible to visit during a lengthy day trip from many of Japan’s major cities, those looking to move at a little more relaxed pace or those who wish to explore the mountain scenery a little more can find plenty of accommodation along the way. Murodo in particular has plenty of places for accommodation, and there are lots of lodges with hot springs which can be a lovely way to end a tiring day of exploration.

Tateyama Kurobe Alpine Route is open from April to November and the best season for the 18 metre high snow wall is from mid-April until May. 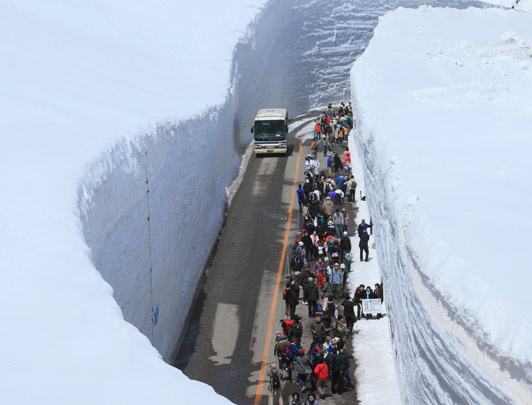