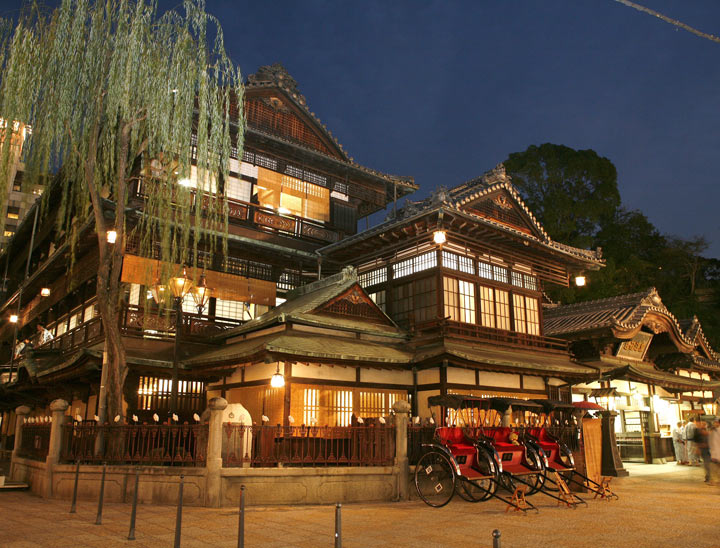 Dogo Onsen is one of the oldest hot springs in Japan, with a 3000 year history according to legend. It is said that at Dogo onsen a god was cured of their diseases. Historical sources mention Dogo onsen as far back as 759CE. However these days, the most famous feature of the area is Dogo Onsen Honkan (the main building), a public bath constructed in 1894, early in the Meiji period which has become the symbol of the town. This three-storey high castle-like wooden structure incorporates traditional design elements, such as a white heron on top of the 'Shinro-kaku' (white watch tower). This bath house has become famous worldwide as it served as the inspiration for the bathhouse featured in Studio Ghibli’s ‘Spirited Away’. There are many ryokan in this area and it is not uncommon for visitors to wander around in their yukata, a traditional Japanese summer garment, which gives the town a very traditional feel. Dogo Onsen was also a favourite destination of the writer Natsume Soseki, who studied in the UK for two years and was featured on the Japanese banknote, wrote a loosely autobiographical novel ‘Botchan’ in which the eponymous character would often visit these hot springs.

No trip to Shikoku would be complete without a visit to Dogo, it is truly one of a kind and a must-see for Ghibili fans and onsen aficionados alike. 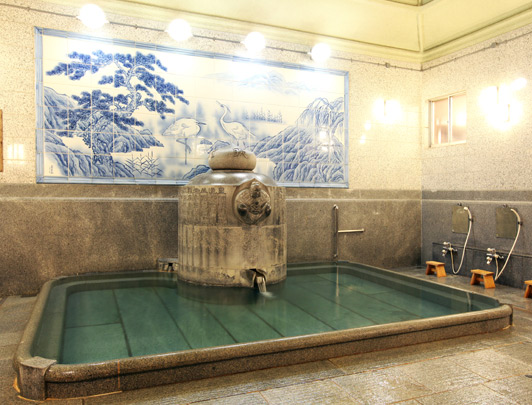