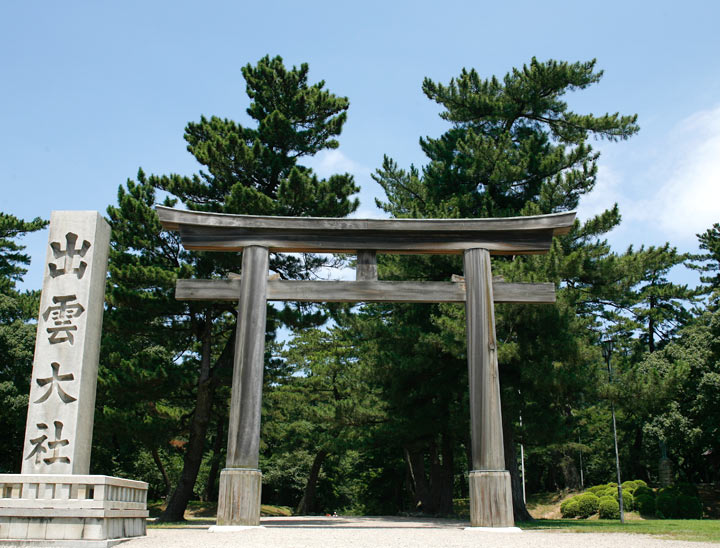 Izumo Taisha, officially called Izumo Ohyashiro, is one of Japan’s oldest and most important shrines. The main shrine is dedicated to Okuninushi noKami, a Shinto deity of happiness and good fortune, and En-musubi, which means creating ties that bring people together. The shrine is famous for its huge 4.4 tonne in weight sacred rope- Shimenawa.

According to the lunar calendar, in Izumo the tenth month of every year was referred to as “Kami Ari Zuki” (The Month with the Gods) and the eight million Shinto gods from all over Japan gather at Izumo Taisha for “an annual meeting”. The origin of this folklore goes back to ancient Japanese mythology, but even now during the Kami Ari Zuki (usually in November) a series of events are held at the shrine to welcome the Gods. 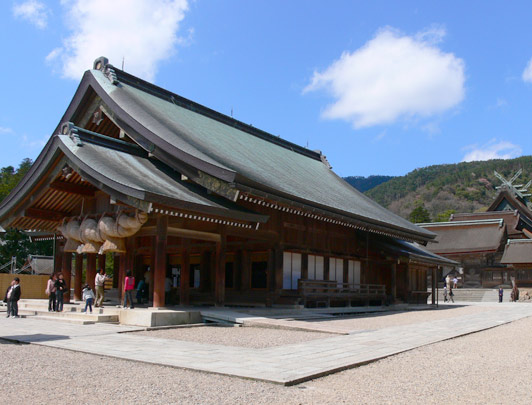