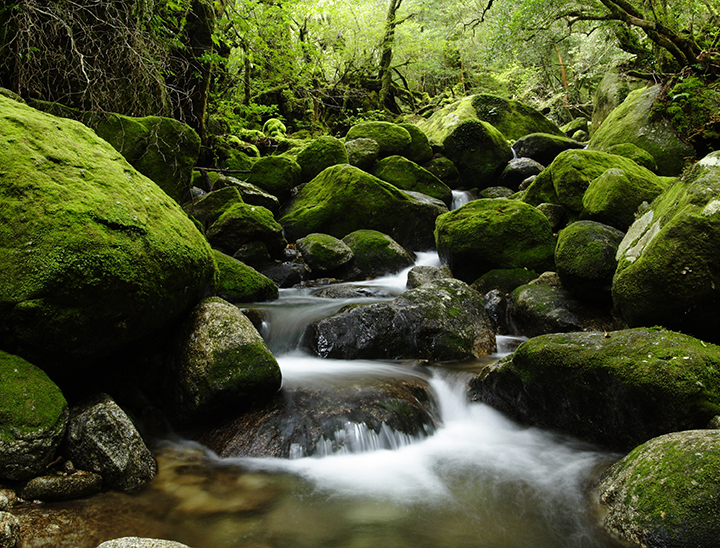 Yakushima, off the southern coast of Kyushu next to Tanegashima, is a subtropical island covered by a dense cedar forest which contains some of Japan’s oldest living trees known as ‘Yakusugi’ (some are more than 1,000 years old!). The oldest is Jomonsugi, believed to be around 7,000 years old. It is said Yakushima is the model location of Hayao Miyazaki’s animation movie “Princess Mononoke” and is designated as a UNESCO World Heritage site and National Park of Japan. 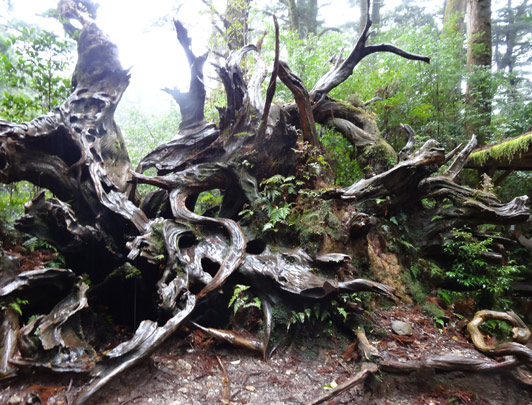 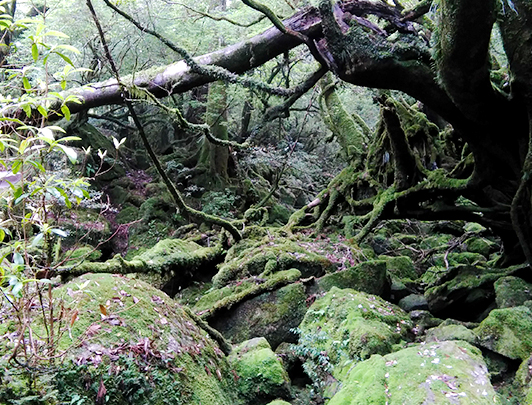 It spans over 424 hectares of forest and is situated around 600 - 1,300 metres above sea level.  The forest is covered in green ferns and moss. There are three walking trails in this ravine the most popular of which "Taikoiwa Rock Course" requires about 4 hours of hiking. The Taikoiwa Rock is a great place to admire a view of the surrounding massive granite rocks and enjoy the breathtaking scenery of the Yakushima Island's moss-covered forest (Kokemusu-mori). One of the main attractions of Shiratani Unsuikyo is a part of the forest that served as the inspiration for the film "Princess Mononoke" (Mononoke Hime).

Access:
40 min. by bus from Miyanoura port
Open:
All year (closed during the winter season due to snow)
Admission:
JPY 300 (as a donation) 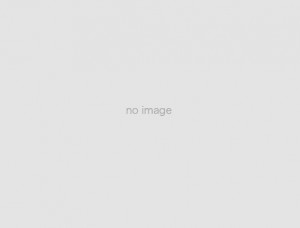 This museum is the place to learn about the Yakusugi- cedar forests, their history and the ecology on Yakushima Island.

Access:
40 min. by bus from Miyanoura port
Open:
All year (closed during the winter season due to snow)
Admission:
JPY 300 (as a donation)

Nagata-Inaka hama is one of the most beautiful sandy beaches on the west coast of the island. It is the No.1 sea turtle nesting site in Japan and more than 20 turtles can be found nesting in one single night between May and July. The Yakushima Sea Turtle Museum is also located here and houses exhibits of ecological interest. 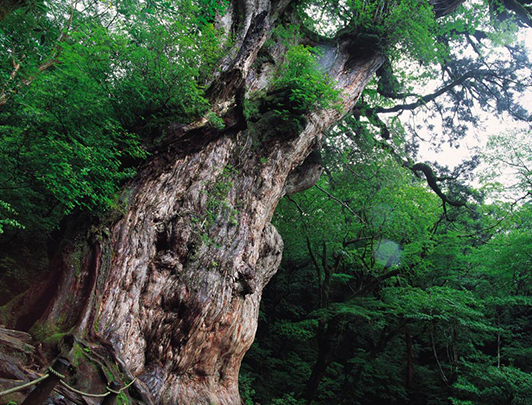 ‘Jomon’ is the time in prehistoric Japan between 13th and 4th centuries BC when this cedar tree could have originated. Measuring 25.3 meters in height and 16.4 metres in circumference, it is believed to be the oldest giant cedar tree in Japan whose age is estimated to be between 2,100 and 7,200 years. It stands at the altitude of 1,300 m above sea level so it is a long walk (4-5 hours) from the foot of the mountain to see the tree. 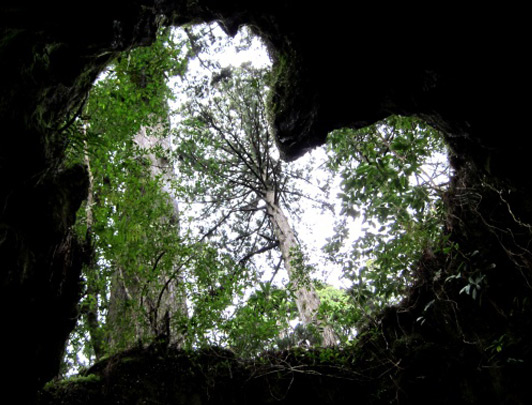 Along the route of Jomon Sugi cedar trail one can admire a huge tree stump named Wilson after the American botanist who researched Yakushima in the Taisho era. It was cut from a 3,000 year-old tree about 300 years ago. 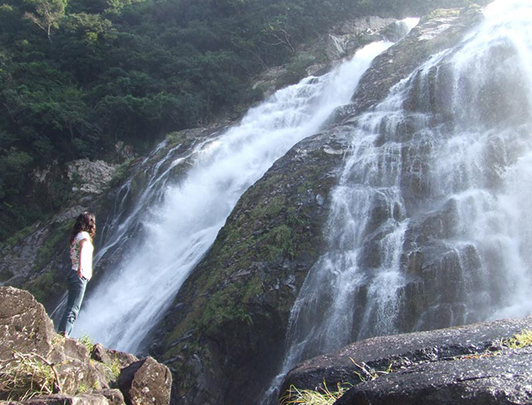 With its impressive 88m high spray, Ohko Waterfall located on the west side of the Island is listed as one of Japan's best 100 waterfalls.

Hirauchi Kaichu Onsen is a natural hotspring with a unique characteristic; it only appears for about 2 hours during low tide.