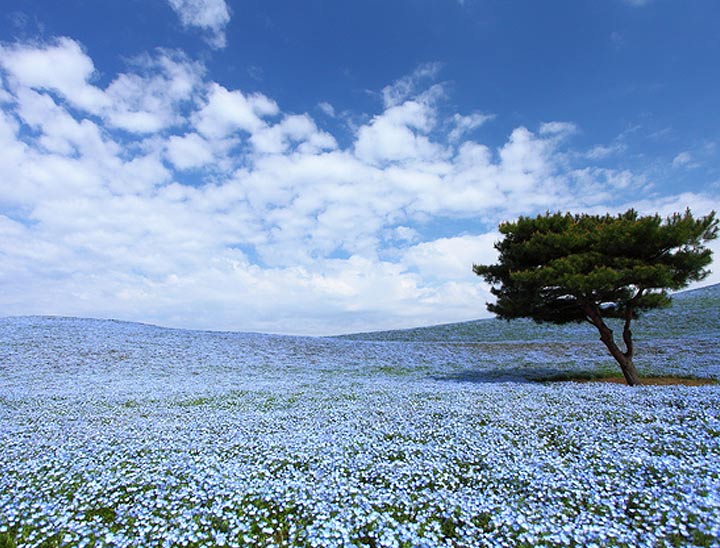 Hitachi Seaside Park is one of Ibaraki’s main attractions and often featured on promotional materials for the region because of its outstanding beauty. However, it is most famous for its breath-taking view of Nemophila, a flower also known as ‘baby blue eyes’. These flowers bloom from late April to mid-May. Autumn is another excellent time to visit, as the kokia bushes that are usually green turn a bright red colour as the weather gets colder. The peak time to see this is early to mid-October. The park can be a nice visit during any season however, as it many flowers that bloom in different seasons, meaning it is a beautiful place to visit year round. The park also contains a lareg forested area, the Hitachinaka Nature Forest which is usually very tranquil and has several hiking routes which can be enjoyed. There are also other gardens throughout the park, one of which exhibits plants from the coastline of Japan.

The park also contains some other forms of entertainment, including a small amusement park with a Ferris wheel and other attractions, as well as great spots for barbequing and picnics. Additionally, there are several cycling routes, separate to the walking ones throughout and bikes can be rented for a small fee. Hitachi Seaside Park does a great job at offering a little something for everyone with enough entertainment to keep families, couples or groups of friends entertained. 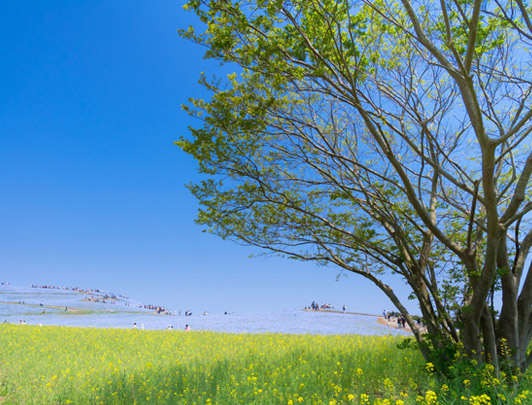 Closed
Mondays (if Monday is a national holiday, it is closed the following day)
Admission
410 yen