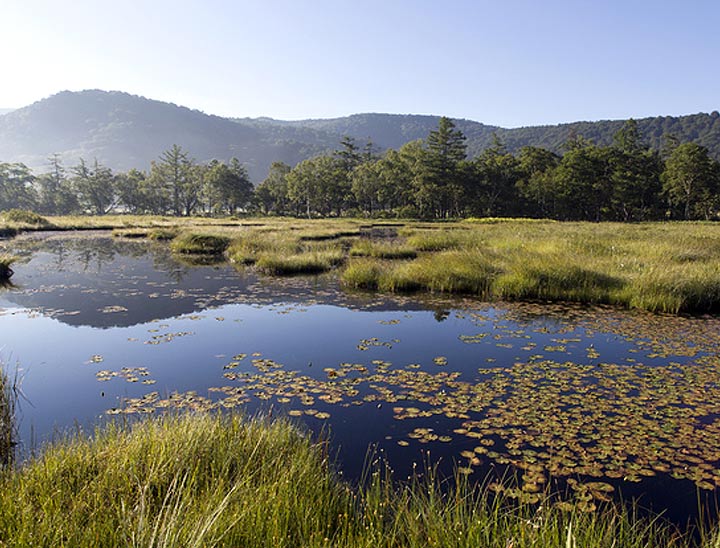 Oze National Park is located in the border of the four prefectures of Gunma, Niigata, Tochigi, and Fukushima, famous for its great trekking routes. It is easily accessible from Tokyo, with several routes to the park, but by far the easiest is the JR Joetsu Shinkansen which is only a single train journey and takes approximately 75 minutes, after which there is a shuttle bus that takes around two hours. (Some prefer to use rental cars over these bus services.) There are numerous different trails across this vast amount of space, but the most popular are those that hit the two main spots within the park. These two major spots are renowned for their fantastic scenery. They are the Ozegahara marsh: the largest alpine marshland in Japan (approximately 650 hectares in area) and Ozenuma pond, which offers a magnificent view of Mt Hiuchigatake. Ozenuma Pond is about an hour’s walk away from the Numayama trailhead and a two hour walk from the Oshimizu trailhead.

Oze national park can be very busy during the blooming of ‘Mizubasho’ (Japanese skunk cabbages), which, despite their less than appealing sounding name (and in fairness, their smell) have a very distinct and beautiful appearance, especially en-masse when they bloom in mid-May to early June. Another popular time to visit is during the autumn when the leaves change (known as koyo in Japanese) and towards the end of summer and the start of autumn, yellow alpine lilies are in bloom across the park.

The hikes across sections of the park are not particularly strenuous due in part to the fact planks have been laid down in some areas to make it more traversable especially across the marsh itself. Along the way, there are many designated areas to stop, which have been well chosen to give the best possible views (and photographs!). While this area can be done in a day with an early start, it is possible to stay in mountains huts inside the park itself, and the small neighbouring towns have slightly more luxurious accommodation. 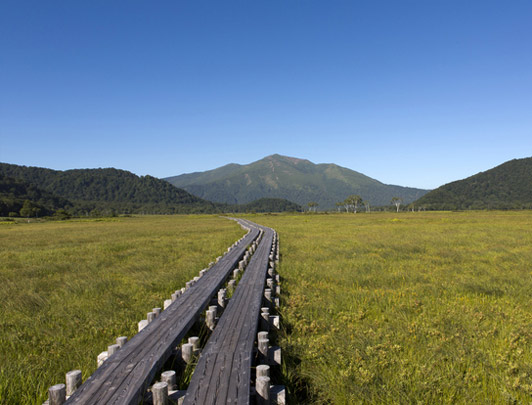