Photo of the month - February 2018: Great train journeys in Japan 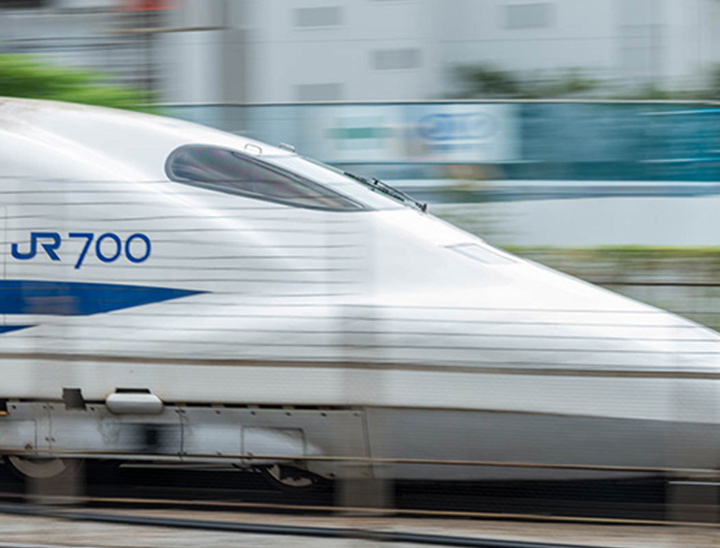 Travelling by train is a scenic and relaxing way to discover Japan. The Japanese railway network is famous for its efficient and reliable service. From the world famous, magnificent Shinkansen (bullet train) to charming local trains, we will introduce you some of the great trains in Japan with the comments from professional photographers. 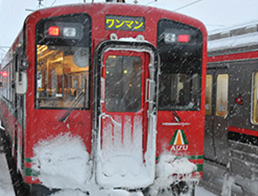 From Photographer:
Aizu railways is one of the railway networks running thought Japan's heavy snowfall area. This photo was taken at the moment the snow-covered train arrived at the station. Aizu is the westernmost of the three regions of Fukushima Prefecture. The principal city of the area is Aizuwakamatsu. Aizu-Wakamatsu is a castle town with a long samurai tradition. 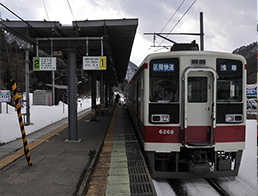 Aizukogen-Ozeguchi station on Aizu railways is connected to other railway company’s network and its enable passengers to travel to Asakusa in Tokyo less than 4 hours from this station. 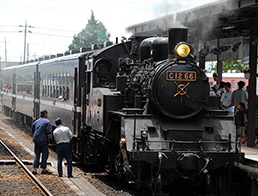 The SL Moka is operated by Moka railway and runs once a day on selected days between Motegi and Shimodate in Tochigi prefecture. Passengers can enjoy a pleasant, leisurely and scenic journey through the Japanese countryside. 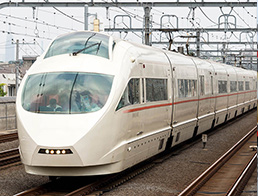 Odakyu Electric Railway’s Romance car is a limited express train that runs from Shinjuku to popular Hot spring town Hakone and coastal town Enoshima. All seats require advance reservation. It is recommended to reserve a seat at the front observation deck for great views! 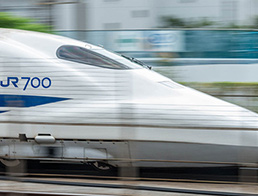 The Shinkansen 700 series is a Japanese high-speed Bullet Train that entered service in 1999. This train type is characterised by its flat 'duck-bill' nose designed to reduce the piston effect as the trains enter tunnels. It is used for Kodama, Hikari, and Nozomi services on the Tokaido and Sanyo Shinkansen lines. 700 series trainsets are scheduled to be withdrawn from Tokaido Shinkansen services by the end of fiscal 2019. 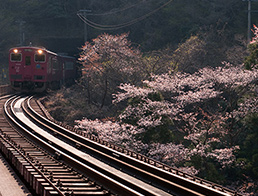 JR Bantan line is operated by JR west between Himeji station and Wadayama station in Hyogo prefecture. As the train runs through the mountainous area, the amazing scenery of Yamazakura cherry blossoms can be seen in spring. 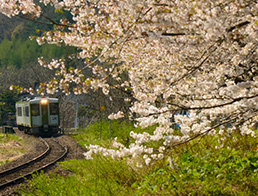 Hanawa Line as known as Towada-Hachimantai Shikisai Line is operated between Koma station in Iwate prefecture and Odate station in Akita prefecture, Northern Tohoku region. Cherry trees line the tracks of Hanawa line near Anihata station located at the border of Iwate and Akita prefecture. 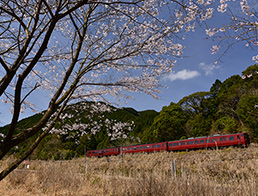 ‘Isaburo & Shinpei’ on the Hisatsu line is considered one of the best local trains in Japan. The major part of this line is in the mountainous Kirishima range. The Isaburo train departs from Hitoyoshi down to Yoshimatsu and the Shinpei train departs from Yoshimatsu up to Hitoyoshi. One of the highlights is ‘switch back’ where the train changes their direction and zigzag to enable trains to climb up a steep slope. 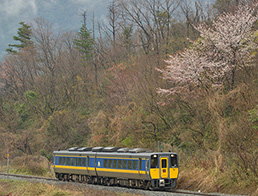 Limited Express trains run between Tottori station and Chizu station on the JR Inbi line, connecting the Sanyo and Sanin area. This Limited Express Super Inaba runs through the mountain and in spring, you can enjoy the beautiful Yamazakura (Cherry blossom) scenery. 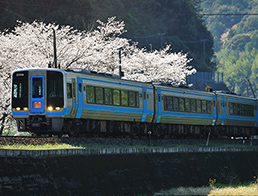 The Nakamura Sukumo line in western Kochi prefecture is operated by the third-sector Tosa Kuroshio Railway. This photo is taken near Iyoki station in Kochi. The Limited express ‘Nampu’ is passing through the Cherry blossom tunnel and heading to Okayama station.